I Should B hydrating 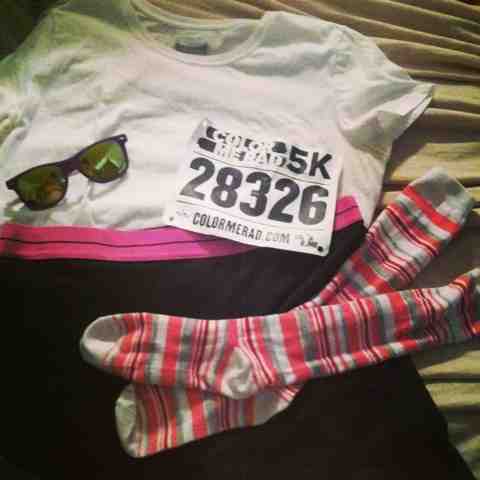 This 5k was not happening for me today.
I cried.
This was a goal I'd set for myself.
I'd paid for it.
I'd trained for it.
and I would not be participating.
I was so disappointed in myself. My stubbornness and inability to hydrate properly led to this. I was mad.
DH reminded me that this is not that last 5k ever. There would be more and I will do one. Just not that day and in the sun. He said he wouldn't stop me but he preferred I stay home and take care of myself. Seeing me like I was the day before had scared him. Shoot it had scared me.
So, I did not run a 5k. I put my health first.
Today is Sunday.
I feel better but still sore. I never knew how exhausting it is to dehydrate.
I am thankful that things did not end up worse.
I know they could have.
This memorial weekend I am thankful.
I am thankful for DH.
I am thankful to K and little M.
I am thankful to the men and women that have served to protect our country.
Today we are going to our niece, little K's (not to be confused with little M) birthday party.
Today will be a good day.
Bloggie world I hope your day is good too.
Posted by Heather S. @ I Should B ... at 11:49 AM